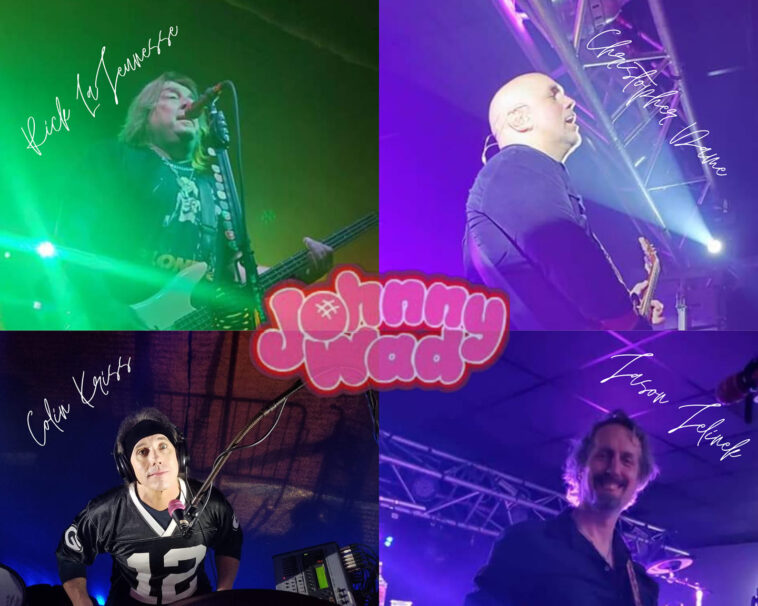 Johnny Wad was formed in 1999 as an extra project from members of several bands in the Green Bay area who were looking to do something more….

The Wad band took off instantly, and before long they realized that Johnny Wad was everything they had wanted and more, and so quit their original bands and made Johnny Wad their one and only gig.

Over time the line-up has changed a bit but the magic of Johnny Wad has not! The current members are: Chris Dame, Colin Kriss, Rick LaJeunesse, and Jason Jelinek.

Johnny Wad is the biggest, baddest, hardest-hitting, most respected and requested rock band in the history of the Fox Valley, and they’re just getting started!

A Johnny Wad show is an all-out assault of your senses! An incredible rhythm section, powerful vocals, screaming guitars, insane light show, and the best rock songs of the 70’s, 80’s and 90’s all combine into a complete rock show that will kick your ass!

Johnny Wad is also happy to give you a “Holy Shit!” moment by playing unplugged as their alter egos, known as Bazooka Joe. Same great music, same great show, half the carbs!

But don’t think this goes to their head! In their own words, “We believe the show is 50% the band and 50% the audience. We always go out with one thing in mind, and that is to give 150% to entertain the audience, and we have never been disappointed with the response. Thank you all for everything, and we can’t wait to see you soon!”