I’m sitting here pondering what to write about next, I’ve only been here in Wisconsin for five years and lived in Sheboygan, Manitowoc, Random Lake and now Two Rivers. So I thought why not google, “Interesting Facts about Wisconsin” and this is what I came across which some I found that’s really intriguing.

I found those facts at: https://www.travelwisconsin.com/article/tours/20-things-you-may-not-have-known-about-wisconsin 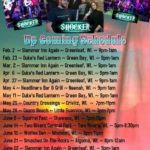 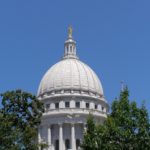